At $126.10 per pound, an experimental Yellow Bourbon coffee from Brazil has fetched the record-high for any coffee sold during Cup of Excellence green coffee auctions.

Going to Gabriel Alves Nunes’ Fazenda Bom Jardim in the Cerrado Mineiro region, the coffee surpassed the previous CoE-record-high coffee, which earned $124.50, earlier this year at the Honduras auction.

The CoE competition and auction program originated in Brazil in 1999 and is operated by the Portland, Oregon-based Alliance for Coffee Excellence along with in-country partners. The Nov. 26 auction was for “Brazil Pulped Naturals” CoE-winning coffees. On average, the 21 winning coffees sold for $12.75 per pound, breaking the previous average record for Brazil Pulped Naturals or for Brazil Naturals. (An auction for the “Naturals” winners takes place Thursday, Dec. 7.) All but five of the winning lots fetched at least $8 per pound.

admin
Recent Posts
The Cup of Excellence is a nonprofit, tax-exempt charitable organization (tax identification number 84-3799688) under Section 501(c)(3) of the U.S. Internal Revenue Code. Donations are tax-deductible as allowed by law. 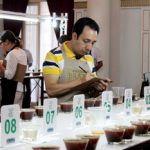 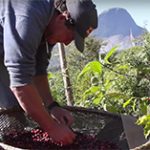