(Portland, Oregon November 10th) The last Cup of Excellence in Colombia was in 2015 and this year’s return in September not only revealed amazing coffees from this Southern regionally focused competition, but also provided strong results with $399,975 in total auction revenue and an average price for all 30 lots at an impressive $10.80 per pound; nearly doubling the 2015 price per pound. The winning farm, Mirador-El Naranjo, from Nariño was sold at $37.30 a pound and the winning bidders were: Maruyama Coffee, Sarutahiko, Saza Coffee and Nippon Coffee Trading Co. Ltd. The farm owner, Rodrigo Arley Diaz, is a first time competitor in the Cup of Excellence. He was quoted as saying “I feel honored to get the first place as I didn’t compete with the idea of winning. I wanted to know more about the event and get to know more people.”

An International jury compromised from the United Kingdom, Denmark, The Netherlands, Germany, China, South Korea, Japan, United States and Australia passed 6 Presidential lots (those coffees that achieve 90 and above). Plans are underway for a 2018 Northern regional competition for Cup of Excellence on March 20-23rd. Buyers from South Korea, Japan, Germany, France, the United States, Australia, The Netherlands and Norway were among the recipients of the winning lots. The Auction took place on November 7th.

admin
Recent Posts
The Cup of Excellence is a nonprofit, tax-exempt charitable organization (tax identification number 84-3799688) under Section 501(c)(3) of the U.S. Internal Revenue Code. Donations are tax-deductible as allowed by law. 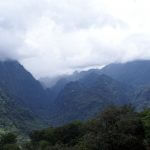 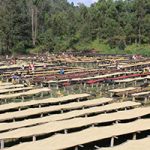